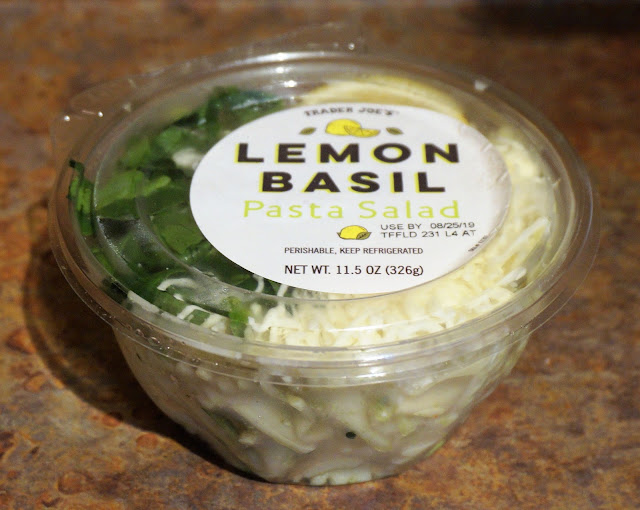 I found this to be perfectly pleasant, though it didn't spark joy. The bow-tie pasta was perfectly done. I liked the lemon slice to be squeezed on for an extra, final burst of lemon flavor. The green stuff is spinach, which was on the wilty side. There's Asiago cheese, which looks plentiful but is so mild in flavor that it's hard to notice. Finally, there's a few ingredients that are so sparse that one wonders why they're there at all. I'm looking at you, peas and zucchini.

As you can see, in the salad's native state, everything is segregated. You have to dump it all out into a larger bowl and stir, lest you end up with a clump of pasta here and a wad of spinach there.

I did like it as a side dish, but it boiled down to just lemon-flavored pasta with small bits of cheese, dressing, and spinach--not an ensemble in which the components had equal roles.