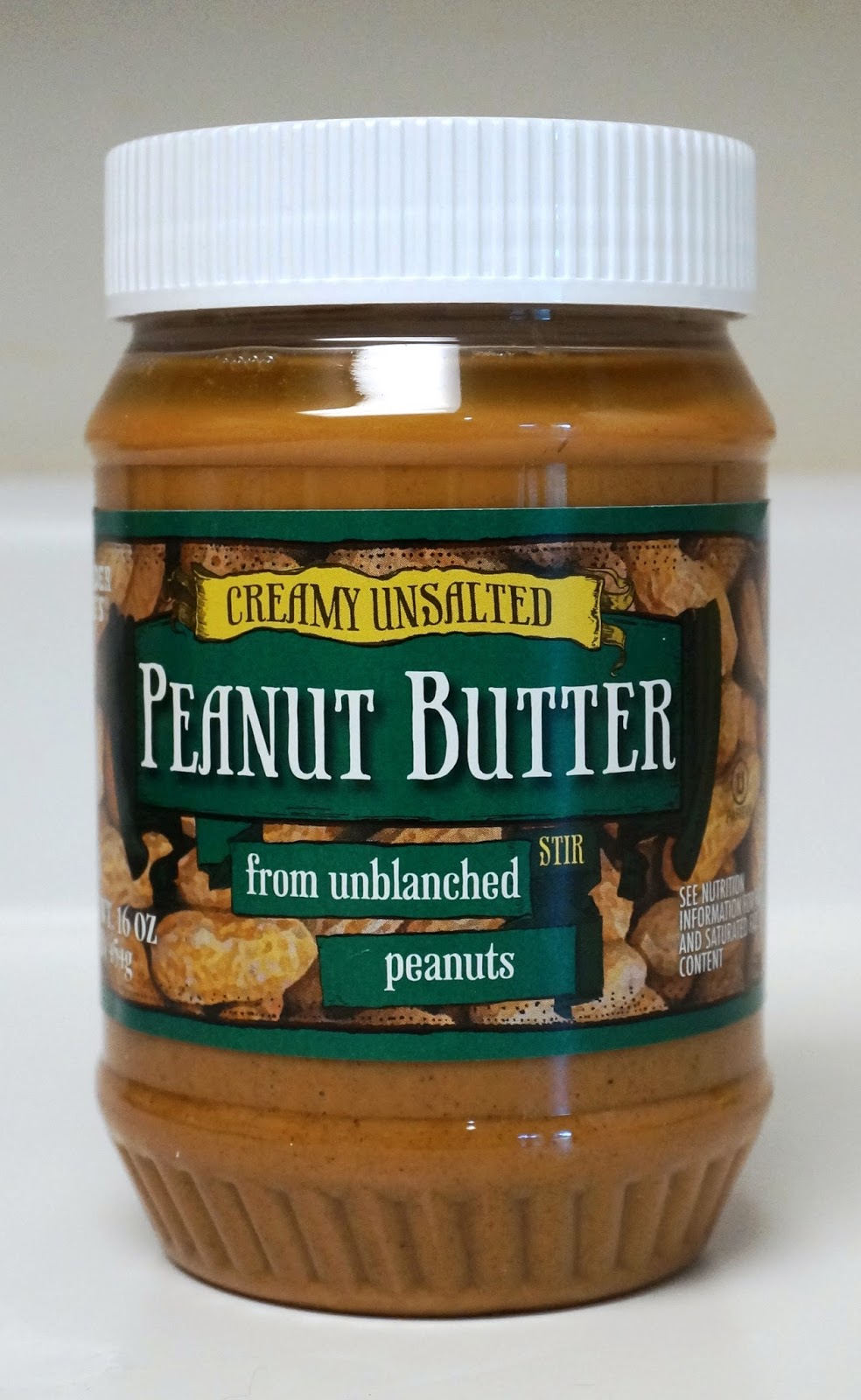 This is the first peanut butter I've bought from Trader Joe's. (I reviewed the no-stir peanut butter first, because it was a brand-new product, but I was already deep into this jar when I did that.) I've heard people rave about some of TJ's peanut butters, but I couldn't remember exactly which ones they said they loved. So I kind of picked one at random.

It was an unfortunate choice.

First, this is one that you have to stir up every time you use it, because the oil separates out. That's annoying. But it wouldn't be a dealbreaker if the peanut butter were amazing. It's not.

I had never had unsalted peanut butter before--really didn't even know that there was such a thing. Closely related to that fact, I had never noticed the role that salt plays in the overall taste of peanut butter. Now I know: it's crucial.

I wouldn't call this stuff inedible. I've had it a few times, and I plan to finish the jar. But I find it unpalatable on its own. I have to put extra honey or jam on a sandwich with it to compensate for the peanut butter being less flavorful than a lifetime of experience has taught me to expect.

If I had a health condition that required me to drastically cut back on my sodium intake, I'm sure I'd be happy to have this product available. But I don't. And the absence of salt is not a minor impingement on the flavor--it's a wholesale change for the worse. I'm not ready to give it up.

No way. The double-whammy of having the tedium of stirring up the jar, plus the absence of salt, make this a one-time experiment I won't repeat.
Posted by Rakewell at 9:00 AM