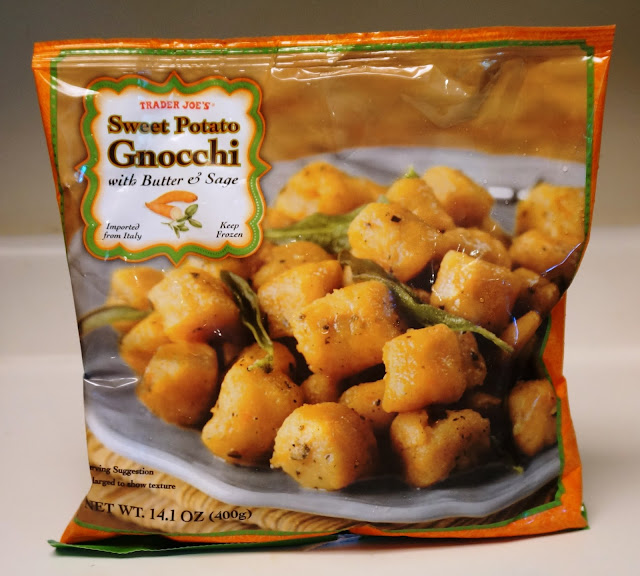 This sat in my freezer for several months, because every time I looked at it, I could easily think of something else I would rather eat instead. But I finally decided that I needed to plow through all the stuff that was accumulating in the freezer, so I pulled it out as part of a hodge-podge dinner for one of Nina's weekly visits.

I was pleasantly surprised. In fact, I loved these little dudes. They're tasty and chewy, with next to no work of preparation. I would go so far as to say that they're my favorite way of eating sweet potatoes I've ever found.

Now, the caveat to that pronouncement is that they're less sweet-potato-y than you would probably think from the product's name and photo. That is because the sweet potato is mixed with wheat flour and regular potatoes, so it's far from a pure sweet potato product. For me, that's a feature, not a bug, because sweet potatoes are generally something I tolerate more than cherish. You might feel differently about it.