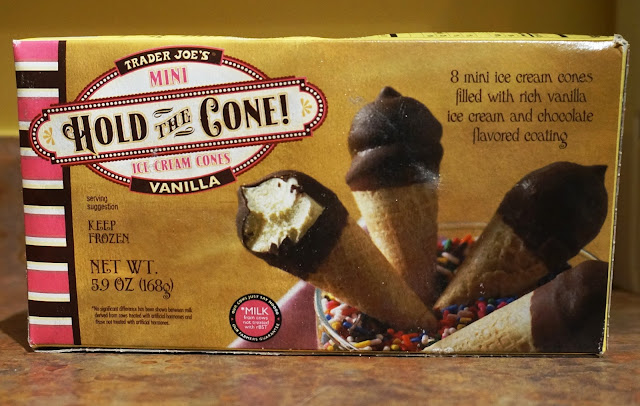 As you can see, this is a box of eight miniature ice cream cones with chocolate coating. They're small enough that Nina and I each ate four of them in one sitting after dinner.

I thought they were OK, but not great. They were most spoiled by soggy cones. The box itself was kind of warped (as you can see above if you look closely), apparently by water. I suspect that they underwent some thawing/refreezing at some point, either in transport to the store or after I had purchased them. So the soggy cone thing might be a problem unique to this box, rather than being intrinsic to how the product is manufactured.

Yes, at least once, to clear up that soggy cone question. And Nina liked them more than I did, so I know they'll be a hit for another dessert.
Posted by Rakewell at 8:38 AM