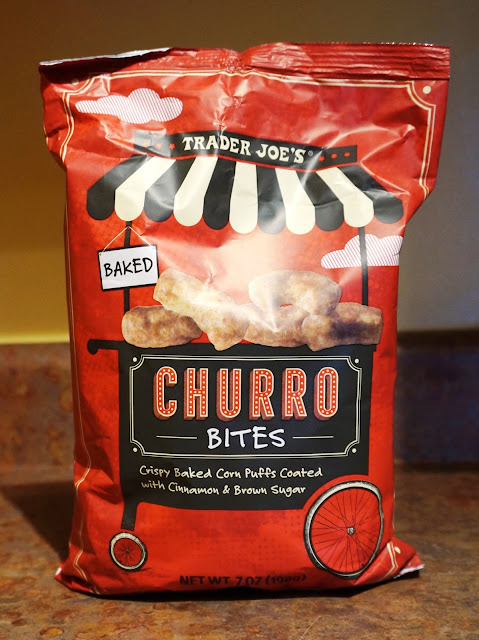 My only previous life experience with churros is the Trader Joe's Mini Cinnamon Sugar Churros. These new "bites" are nothing like those, except in having a strong cinnamon-sugar flavor. What they remind me of most is cinnamon toast--heavy on the sweetened cinnamon. I like them, but it's purely because of that flavored coating, not because of what lies under it.

My understanding is that traditional churros are fried dough, not baked corn puffs. It seems to me that they've named this wrong. I would have called them "Cinnamon Toast Nuggets." That would be both more accurate than "churros" and, I think, more appealing.