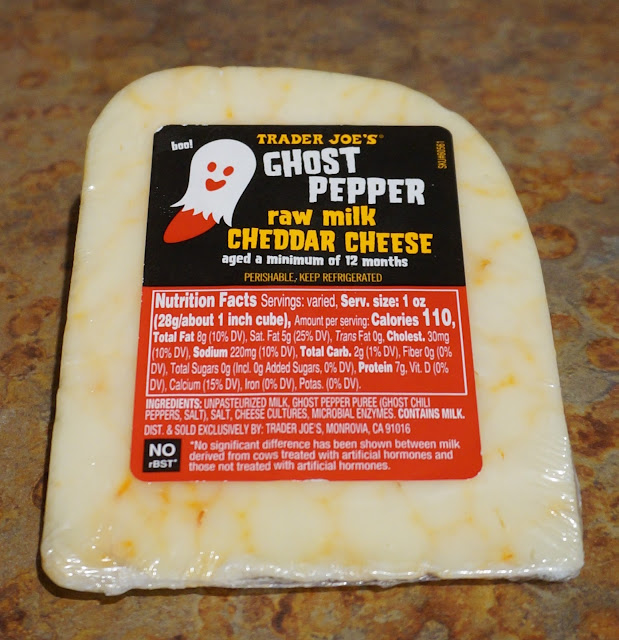 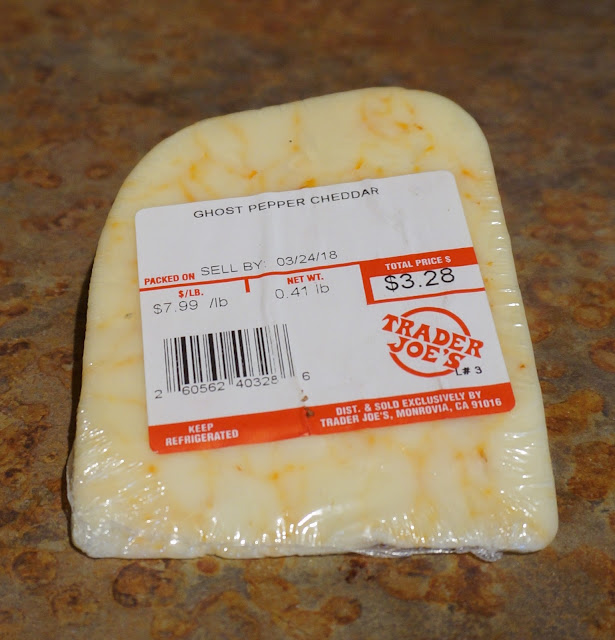 I saw somebody post on Twitter about this several weeks ago, but it didn't show up at my store until last week.

This is clearly the hottest of the eight peppery cheeses I've had from Trader Joe's. Nina thought it went too far. I did not. I liked it a lot. This was somewhat unexpected, as I'm usually the kind of guy who goes straight for the "mild" version of whatever hot sauce or salsa is on offer. But for reasons I can't really articulate, I thought ramping up the pepper quotient here worked well. And look how pretty it is, with the red-orange pepper marbled through the white cheese like that!

To review, here are the hot and/or pepper cheeses from Trader Joe's that I've tried:
The four marked with asterisks rated a "will buy again," and the Toscano made it to my Top Ten list.

Another one came along later, which also gets a "will buy again" mark: Kase Rebellen Chili Rebel.
Posted by Rakewell at 7:35 AM