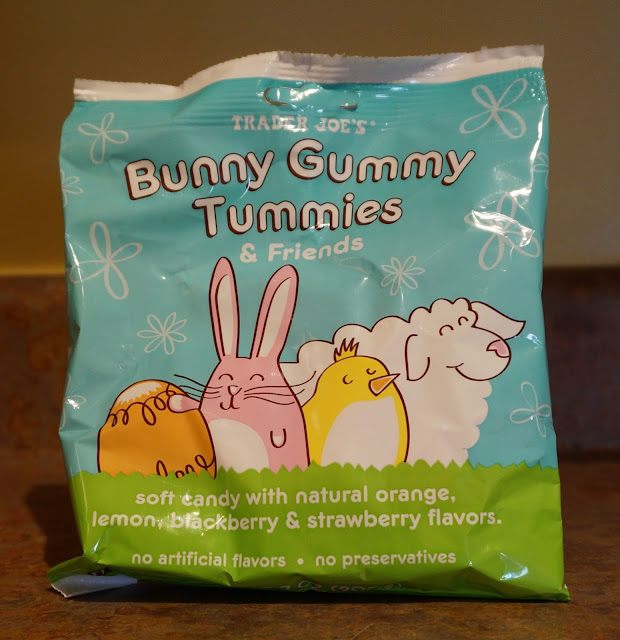 When I picked up this package, I figured that my review would say, "These are just like Gummy Tummies Penguins, except in Easter shapes," and that would be the end of it.

Even Nina, who doesn't generally eat candy, took to them. Well, at least she did right up until the point that I wondered why they didn't have the vegan "V" symbol on the package, read the ingredients, and found "animal gelatin" listed. Oops.

Probably not, simply because I still prefer my staple candies. But they're quite good--probably better than you're guessing.
Posted by Rakewell at 7:00 AM