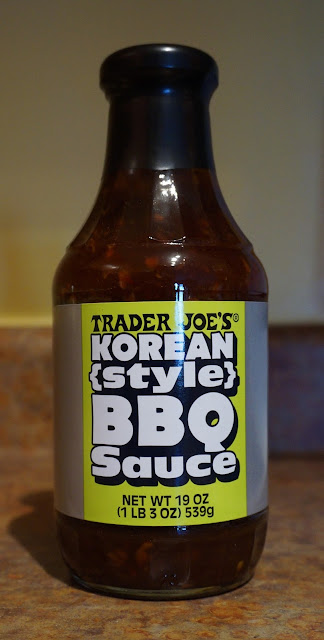 I think calling this barbecue sauce is a misnomer, if not outright fraud.

After water and sugar, the main ingredient is soy sauce. This is followed by something called gochujang sauce, consisting mainly of sugar and miso. Bringing up the rear are sake, garlic, ginger, cornstarch, lemon juice concentrate, and red pepper. There's almost nothing traditionally barbecuish in the bottle.

From the product name, I expected a mainstream BBQ sauce with a soy-sauce accent--which I think would be interesting and potentially a winner--but frankly I found it hard to taste anything here except the soy sauce. A spiced-up soy sauce is really not what I want on my (fake/vegetarian) pulled pork.