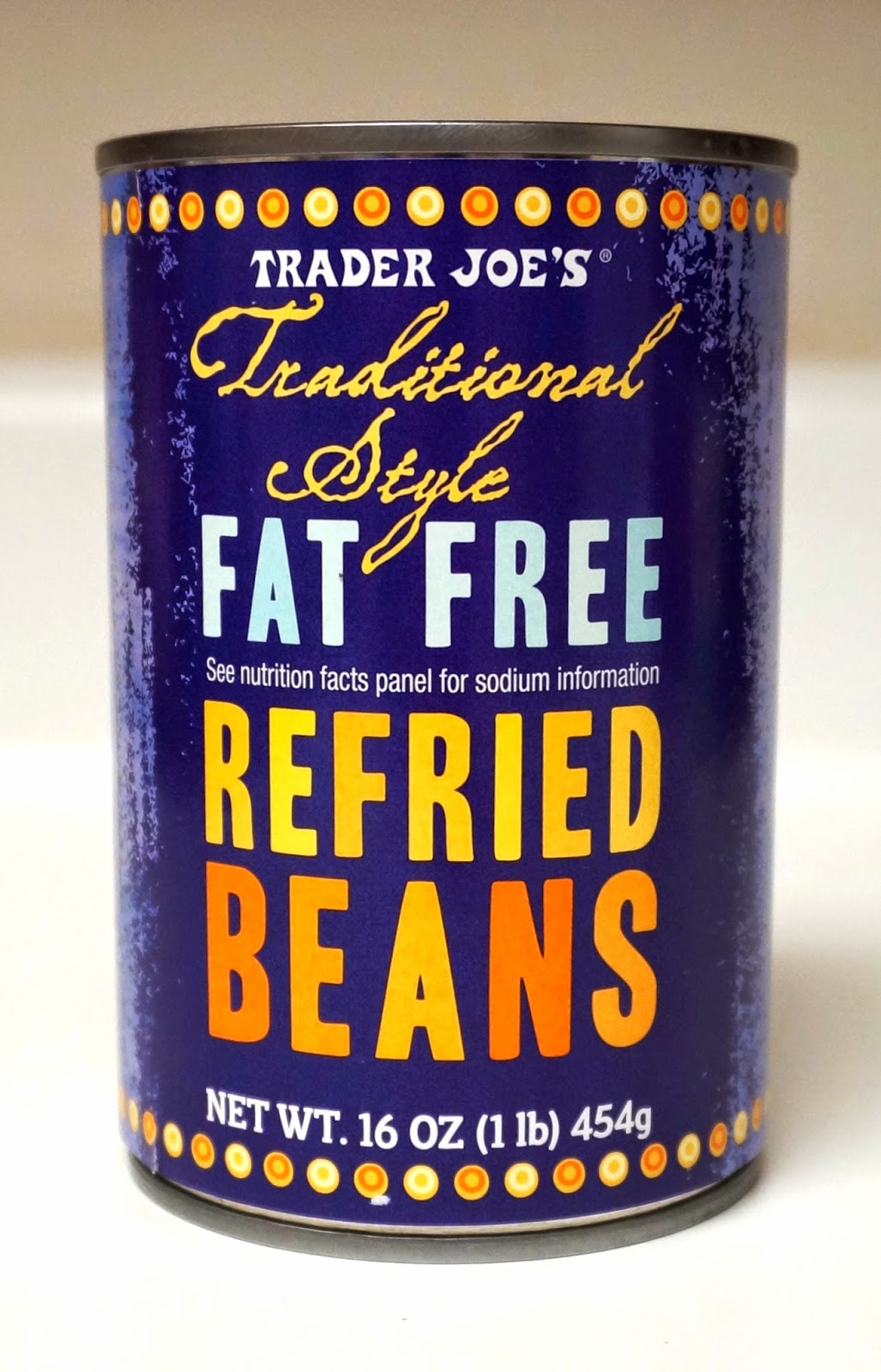 As I explained in the last post about TJ's Soy Chorizo, one of the most common things I make for myself is refried beans slapped on a tortilla, plus a variety of other things added, depending on what I have on hand. So I always, always, always keep a healthy stock of refried beans in the cupboard.

If we set aside the specially flavored varieties of refried beans, such as those with added peppers or spices, you're left with basically two choices: with or without added lard. I can tell the difference between with and without, if I'm doing a side-by-side comparison. But once I started buying the vegetarian varieties (so that I could use them in meals I was making for Nina), I found that I didn't like them any less than the added-fat ones that I had always used before. So now the veggie versions are all I ever purchase. (The front of the label here doesn't proclaim "vegetarian," but a look at the list of ingredients on the back confirms that it qualifies.)

I, for one, can't tell a lick of difference between any of the several different brands of vegetarian canned refried beans I've tried since cooking for Nina became part of my life. So what I buy just depends on which grocery store I happen to be in when they're on my shopping list. They're all interchangeable, as far as I'm concerned. TJ's are no better and no worse than any other.

Certainly, anytime I need to replenish the cupboards, and TJ's is the place I'm next shopping. But I'll also use any other brand just as happily. Beans are beans.

I think I CAN tell the difference between varieties of vegetarian (non lard) refried beans. I find these TJ ones to be quite bland. I generally buy the El Paso brand ones in my local supermarket, and am perfectly happy with the no-fat-added version too.

But I suppose I could be proven wrong with a blind taste test.


Next post: Cold Pressed Juice--Green
Posted by Rakewell at 9:00 AM