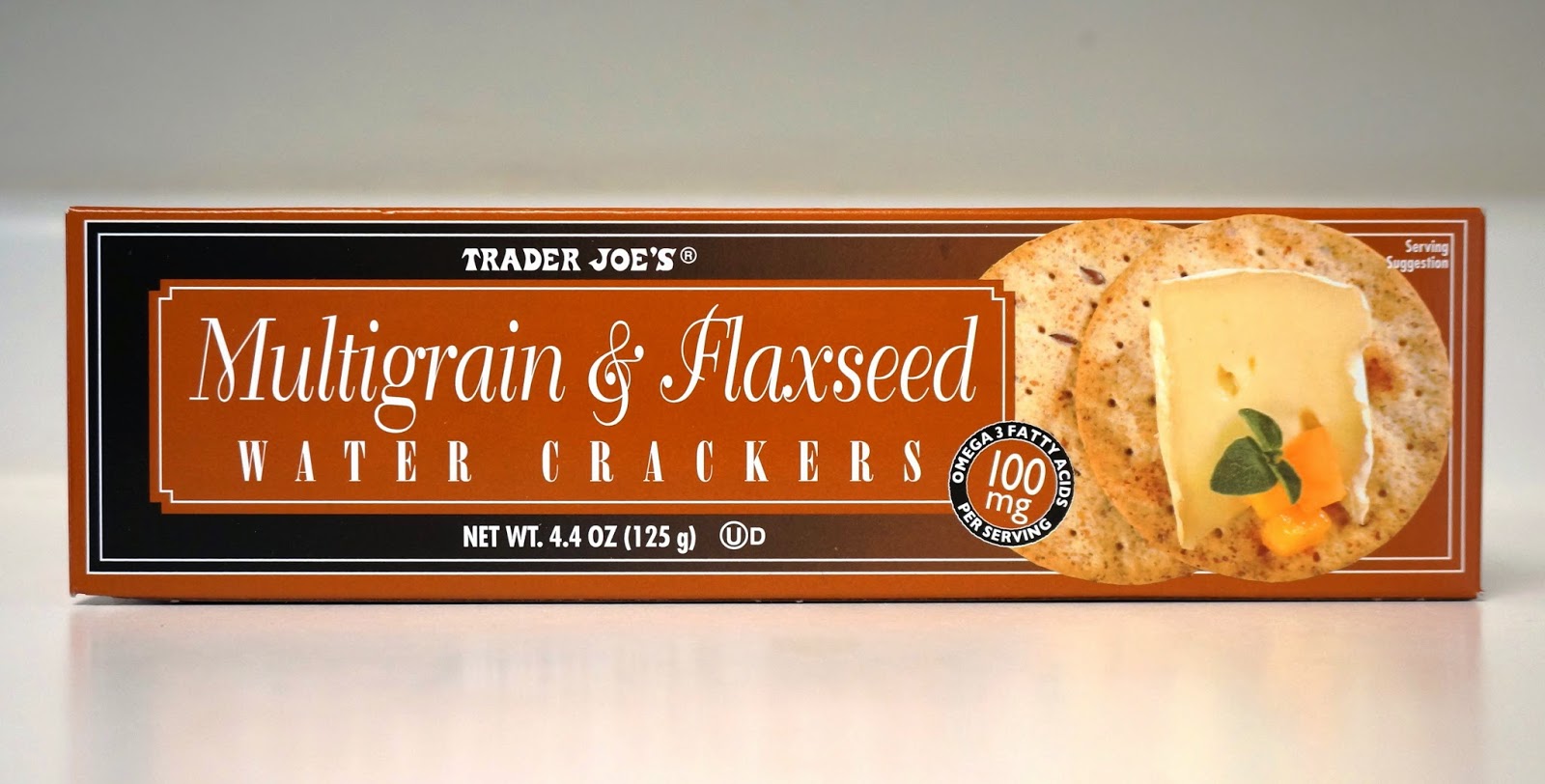 In my very first post, I mentioned my unhealthy love for crackers topped with Trader Joe's Cheddar & Gruyere Melange Cheese. My preferred crackers for this snack of the gods are Triscuits. But I can be flexible on that point. When I was at TJ's getting some other things for this dinner, I knew I was just about out of Triscuits, so I decided to pick up some variety of TJ's crackers. I chose the above-pictured item arbitrarily, out of the many types on display. I didn't even know what the term "water cracker" meant.

Fortunately, we have Wikipedia to solve that little problem:


A water biscuit is a type of biscuit or cracker. Water biscuits are baked using only flour and water, without shortening or other fats usually used in biscuit production. They are thin, hard and brittle, and usually served with cheese or wine. Originally produced in the 19th century as a version of the ship's biscuit, water biscuits continue to be popular in the United Kingdom, with the leading brands (Carr's and Jacob's) selling over seventy million packets a year.

If you want a cracker with its own taste and personality, TJ's Multigrain & Flaxseed Water Crackers are not what you're looking for. They are exceptionally bland. Eaten by themselves, they are like very thin saltine crackers with no salt. Not exactly something your taste buds can fall in love with.

If all you want is a vehicle to carry a wedge of cheese to your mouth, one with a bland, neutral flavor that won't interfere with tasting the cheese, these will certainty do. Unlike many crackers, they don't shatter into a bunch of little pieces when you try to bite off half of it, which is nice. But other than that, it's hard for me to find anything particularly praiseworthy about them.

Try as I might, I can't think of a single reason that I would.

I have never been a fan of anybody's water crackers, and the trend continues. In a word: snoozerific. MOVING ON.

I recently also tried TJ's version of a perennial favorite of mine: Red Oval Stoned Wheat. (Can't remember what TJ called their version.) I had hoped that TJ's would be more like the long lost Stoned Wheat crackers of yore, which had more seedy bits and texture than the modern version, but they didn't.

But it was even worse than that: the first fail was insufficient salt in a bland cracker, but the coup de grace is a complete inability to get the crackers to split in half along the indicated dotted line, as the originals most excellently do. The TJ's version just shatters into random shards. WTF. Useless. Which is a shame, because I know for a fact they're less expensive.

Next post: Lemon Pepper Pappardelle Pasta
Posted by Rakewell at 9:00 AM