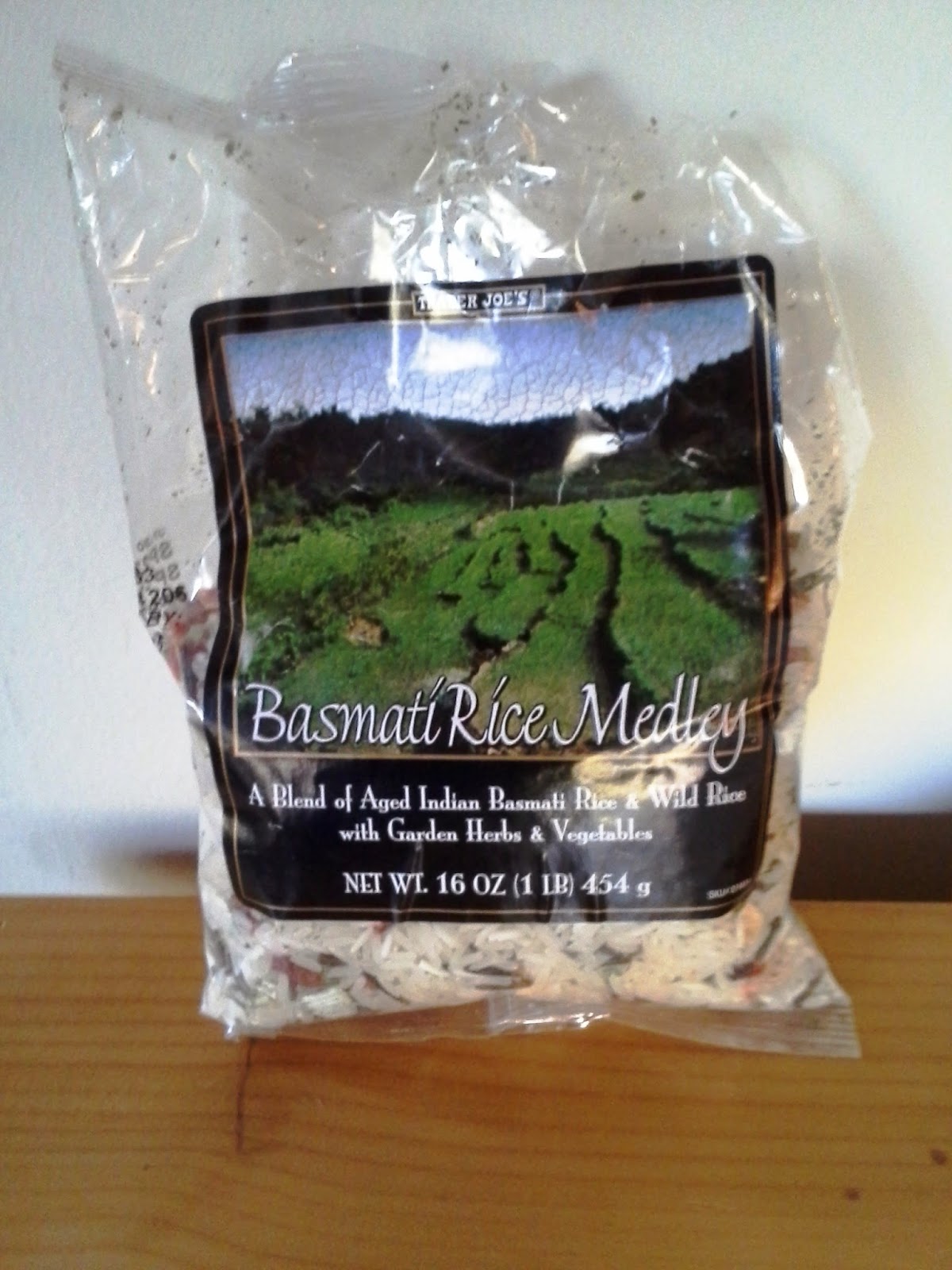 OK, that is officially the worst product photo I've ever taken for this blog. My apologies.

I had never noticed this stuff on the shelves at Trader Joe's. Nina bought it and served it as part of a dinner she made for us. She had also eaten it by herself at least once before that.

I'm now thoroughly convinced that within Trader Joe's there is a team of people who are assigned to sample new foods before they go into full-scale production, and remove every last shred of flavor from them. I imagine that they are called the Blandification Committee. They write terse memos to the product managers: "Too much salt!" "I can still taste a bit of chicken. Try again!" "You put some spices in this, didn't you? Remove them at once." "Marilyn, did you think we would not notice the hint of pepper here? You're fired."

Fortunately, there are some TJ's products that escape the Committee's scrutiny, perhaps for complicated reasons that would be revealed by the company's organizational chart. Sadly, this rice medley was not among them. In fact, it appears to have commanded the Committee's full attention.

You might ordinarily think that a blend of different types of rice--including some wild rice--combined with some stray dried vegetables, would cook up into something with a delightfully complex blend of tastes. Here, though, you would be wrong. Somehow, the Committee managed to take those ingredients and wring every last bit of interesting or subtle flavor out of the final product.