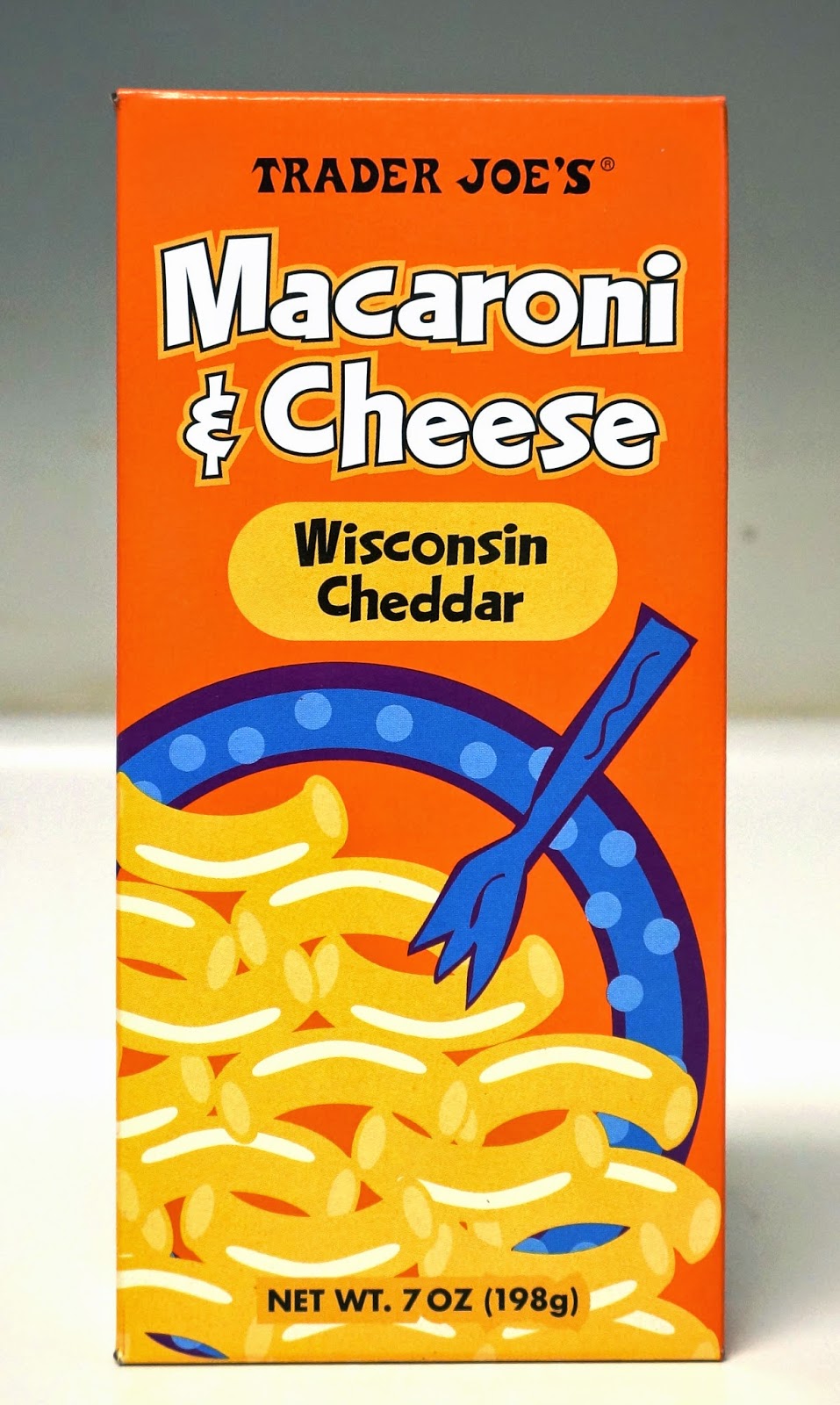 TJ's has several varieties of macaroni and cheese. This one appears to be the most basic. We'll get to the other kinds later.

If you've had Kraft mac and cheese, this will be familiar. They are very similar, though TJ's has a little less chemical taste to the cheese. I've had it a few times, and it's always reliably good, if not especially interesting. Like all mac and cheese, I think it's better if you throw in a can of tuna.

When Bob and I first met, I think it's safe to say we had virtually nothing in common food-wise. The one exception may have been that we both liked mac and cheese from the box. And, to compound the matter, with a can of tuna in it. You see? KISMET I TELL YOU.

I concur with Bob that TJ's mac & cheese tastes less chemical (rather like the cheese crunchies compared to Cheetos, come to think of it), and to me that means it tastes better. I don't know whether it can possibly be cheaper than Kraft's, but even if it isn't, I think I prefer it enough to say bye-bye to the childhood brand.