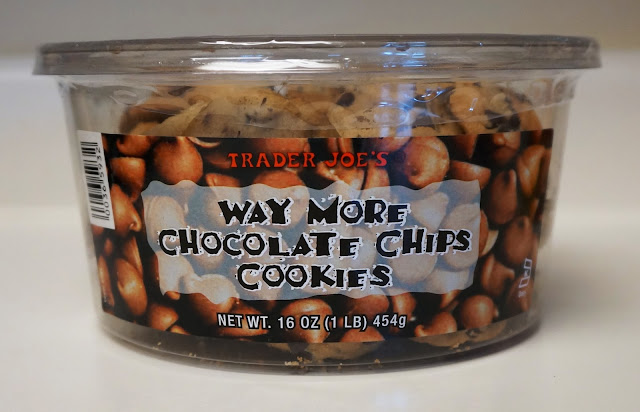 I'll give this much to Trader Joe's: They do manage to put into these cookies about as many chocolate chips as I think could be done. Or at least as many as could reasonably be done. I suppose you could have basically a lump of chocolate chips just barely held together by bits of cookie dough--but that's getting into the realm of the unreasonable.

I wish, though, that they had invested as much effort in making the cookie part good as they did in maximizing the chip count. It's dull, bordering on flavorless, and dry, bordering on crumbly.

Such a good idea, ruined by poor execution.