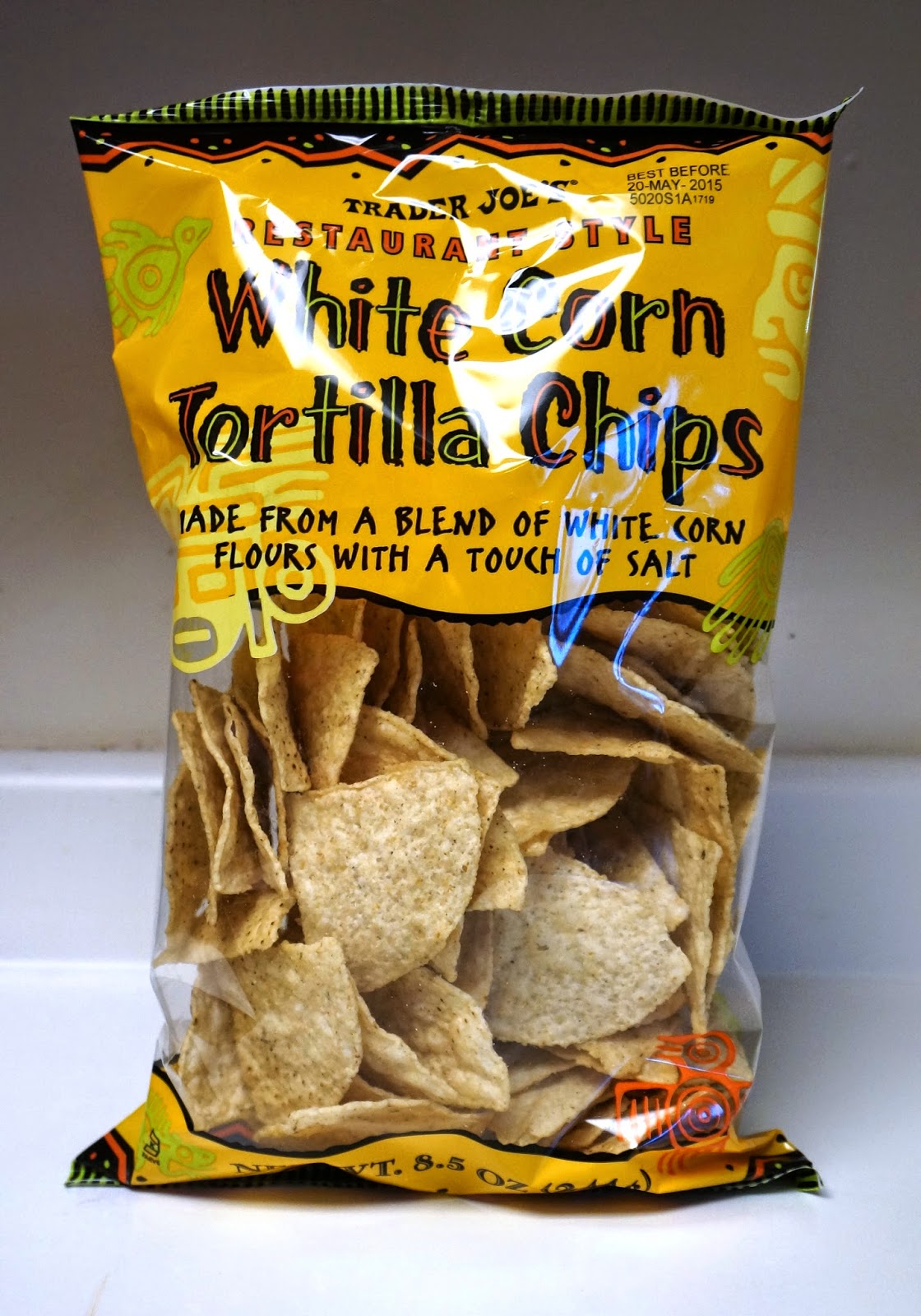 When I see tortilla chips labeled "restaurant style," I expect them to have a noticeable thin sheen of oil, as if they were lifted from the deep fryer mere minutes ago. Admittedly, only a few packaged chips actually deliver on this. This TJ's offering is not among them.

I probably will, not because I especially like them, but just because I know that sooner or later I will forget which varieties of tortilla chips from Trader Joe's I've liked more than others. But it will be OK if I do; these will serve their purpose, even if they're not the best available.
Posted by Rakewell at 9:00 AM

Email ThisBlogThis!Share to TwitterShare to FacebookShare to Pinterest
Labels: chips