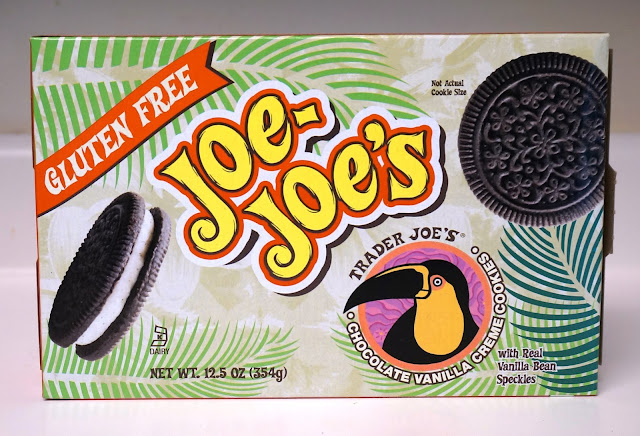 
I made my peace with the regular Joe-Joe's, after accepting that, despite appearances, they were not Oreos.

I cannot make peace with these. They are awful.

I tried. Lord knows I tried. Nina had one; I ate HALF A BOX, spread out over about six different evening snacks. I thought--hoped, even--that I could learn to like them on their own terms, without expecting them to be more. In this I failed.

The vanilla center seems unchanged from the regular version. All of the evil is in the chocolate wafers, which taste like rice cakes into which somebody has tossed a little Hershey's cocoa powder.

I haven't yet decided whether I will take the other half back to the store for a refund, or if I'd be too embarrassed to ask for a refund after eating half of a package. If the latter, I'll just throw them away.

Update: I went for the refund. That makes about 10 items that I have returned to the store for being inedible--which might sound like a lot, but remember that I have now purchased and tried about 600 different TJ's products, so it's not an unacceptable failure rate. These were, however, bad enough to be banished to my Bottom Ten list.

I will not buy another one.
I will not have them! They're no fun!

Shortbread--or a nice Fig Newton.
No more Joe-Joe's without gluten.