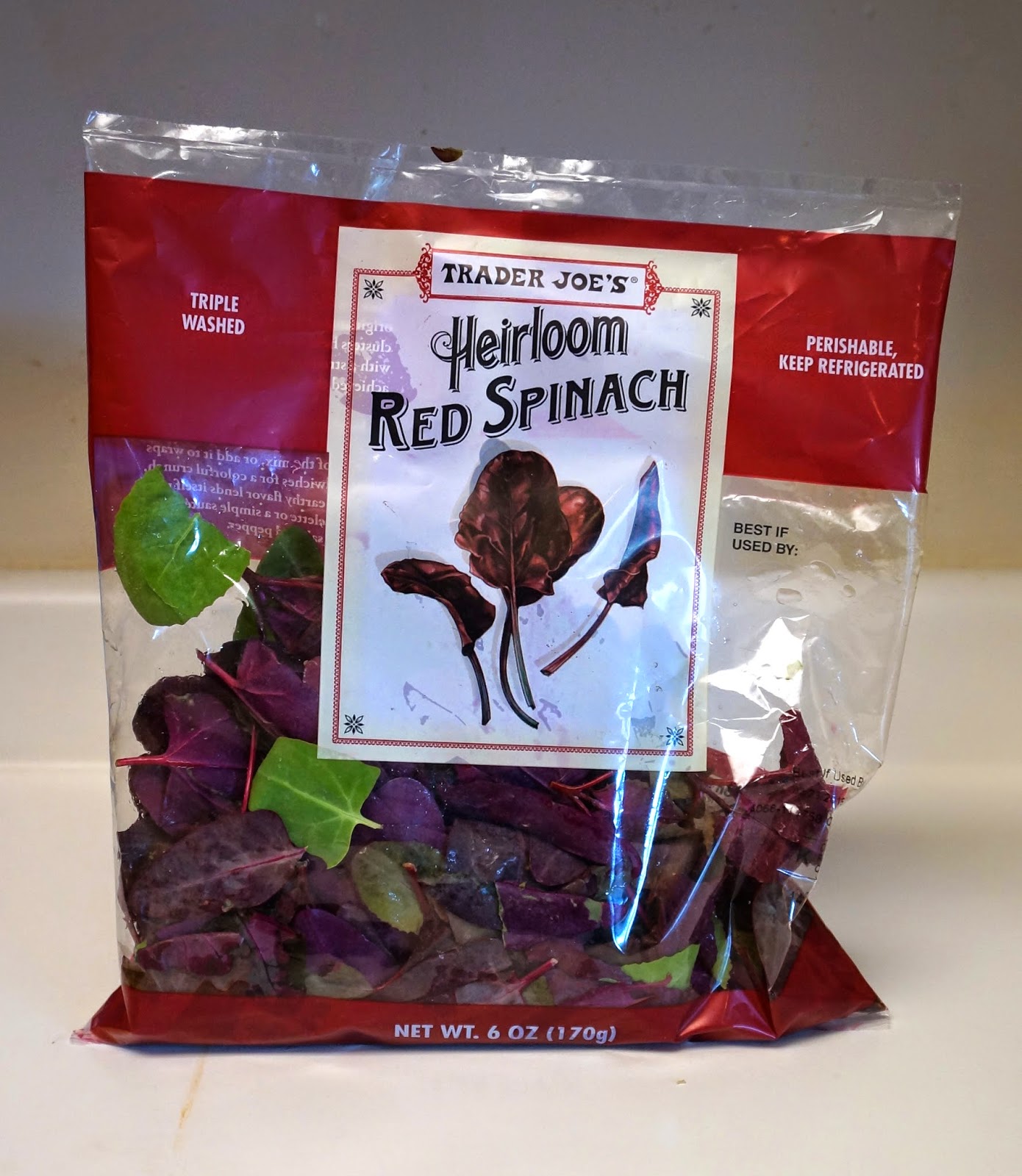 My results with this product were mixed. On the good side, it's very pretty, and really punches up the appearance of what might otherwise be a dreary-looking salad. And as spinach, it's entirely fine, even if nothing special in terms of flavor.

On the bad side, this was the last bag on the shelf, and it was nearing its expiration date. It was tired-looking enough that it even caught the cashier's attention. He had somebody go look for a fresher bag, but there were none to be had. I bought it anyway, taking my chances. Perhaps I shouldn't have.

There was a residue of red liquid on the outside of the bag, which stained everything it came into contact with. Inside, at least a quarter of the spinach leaves were blackening and completely dead. It took a long time to sort through them. I mixed what I thought was salvageable with some butter lettuce for an easy salad, and the result was, I thought, very pleasing--except for still finding some wilted spinach leaves even after the initial pick-through.

Yes. I don't blame the store for this one sad bag. After all, I bought it knowing it was already on its last legs, and despite store personnel gently trying to tell me I probably shouldn't. I'd like to try it again when I can get a fresher sample.

I did try it again, and it was much better: tender and flavorful, not limp and dying. My main complaint about the second bag--and I don't yet know if it was an anomaly or pervasive problem--was the large number of spinach stems and twigs left in: 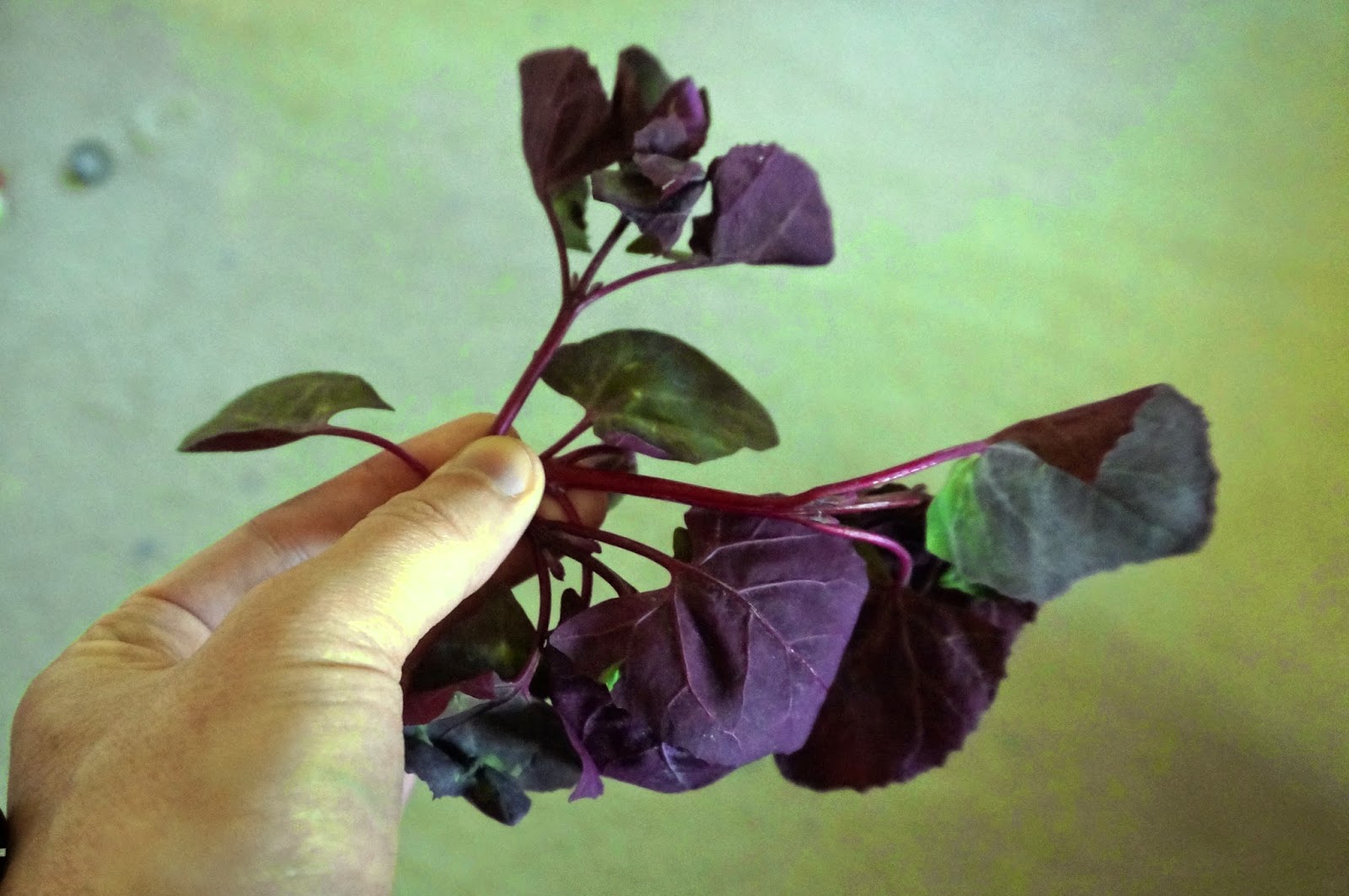 There were lots of these in that bag, not just this one.

Despite that, this spinach tossed with TJ's butter lettuce made for a tasty, pretty, and exceptionally simple salad. Yes, I will buy it again.

Email ThisBlogThis!Share to TwitterShare to FacebookShare to Pinterest
Labels: salad