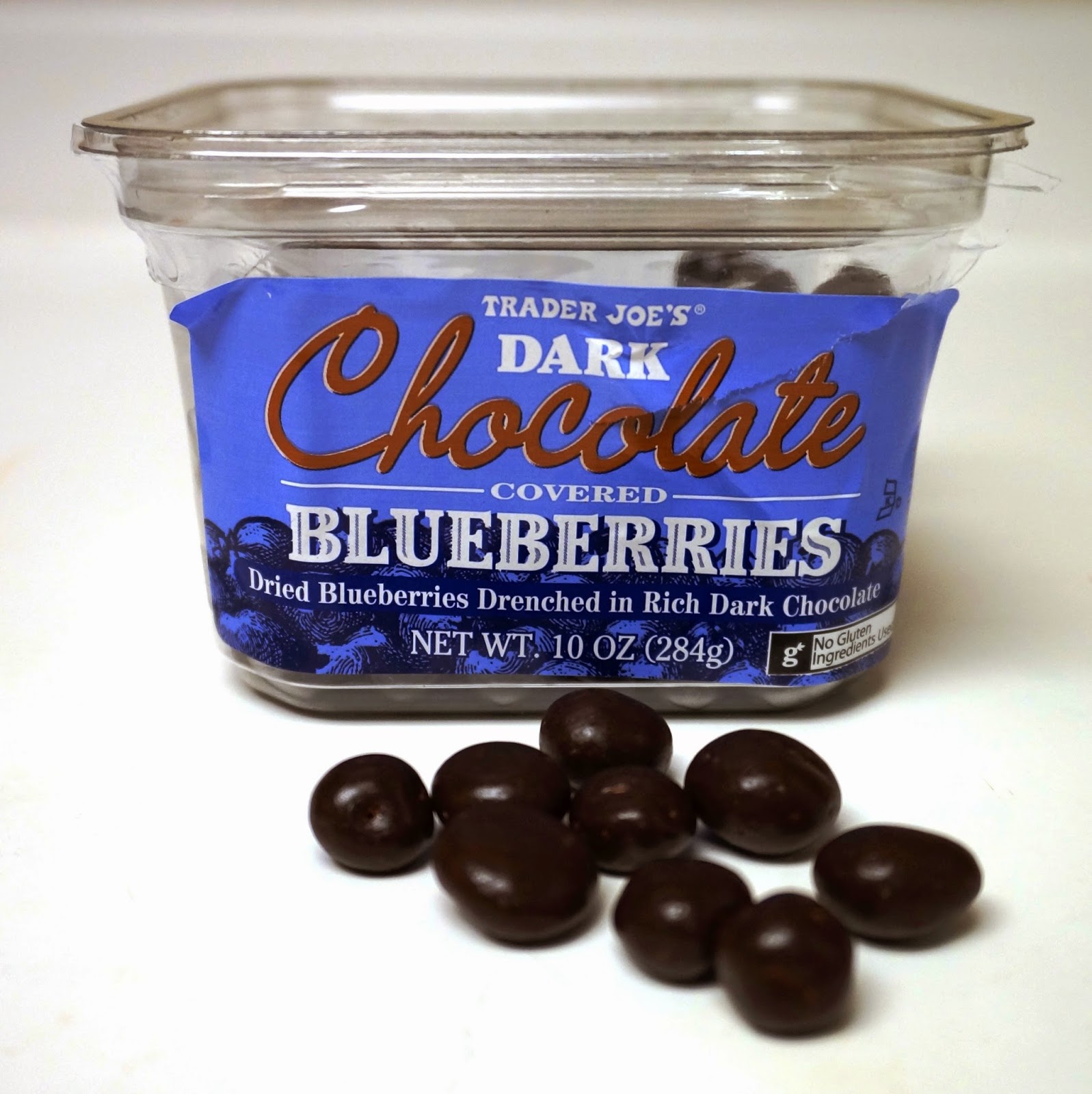 I guess I'll finish up a trifecta of three days in a row of chocolate-covered goodies.

These should be a slam-dunk. I like chocolate. I like blueberries. But I'm not sure about the combination. They're not bad in any sense. They just seem a little off. I think it boils down to the dark chocolate overpowering the mild blueberries, so that it's like eating little chocolate balls with nothing inside. Milk chocolate would work better here, I think.

If a tub of chocolate-covered blueberries were sitting in my house, I would eat them happily. But as far as choosing to put them in my basket at Trader Joe's, when they're sitting on the shelf right next to two of my very favorite things in the world--TJ's orange stick and TJ's chocolate-covered raisins--I just can't imagine ever choosing the one I like the least of the three.