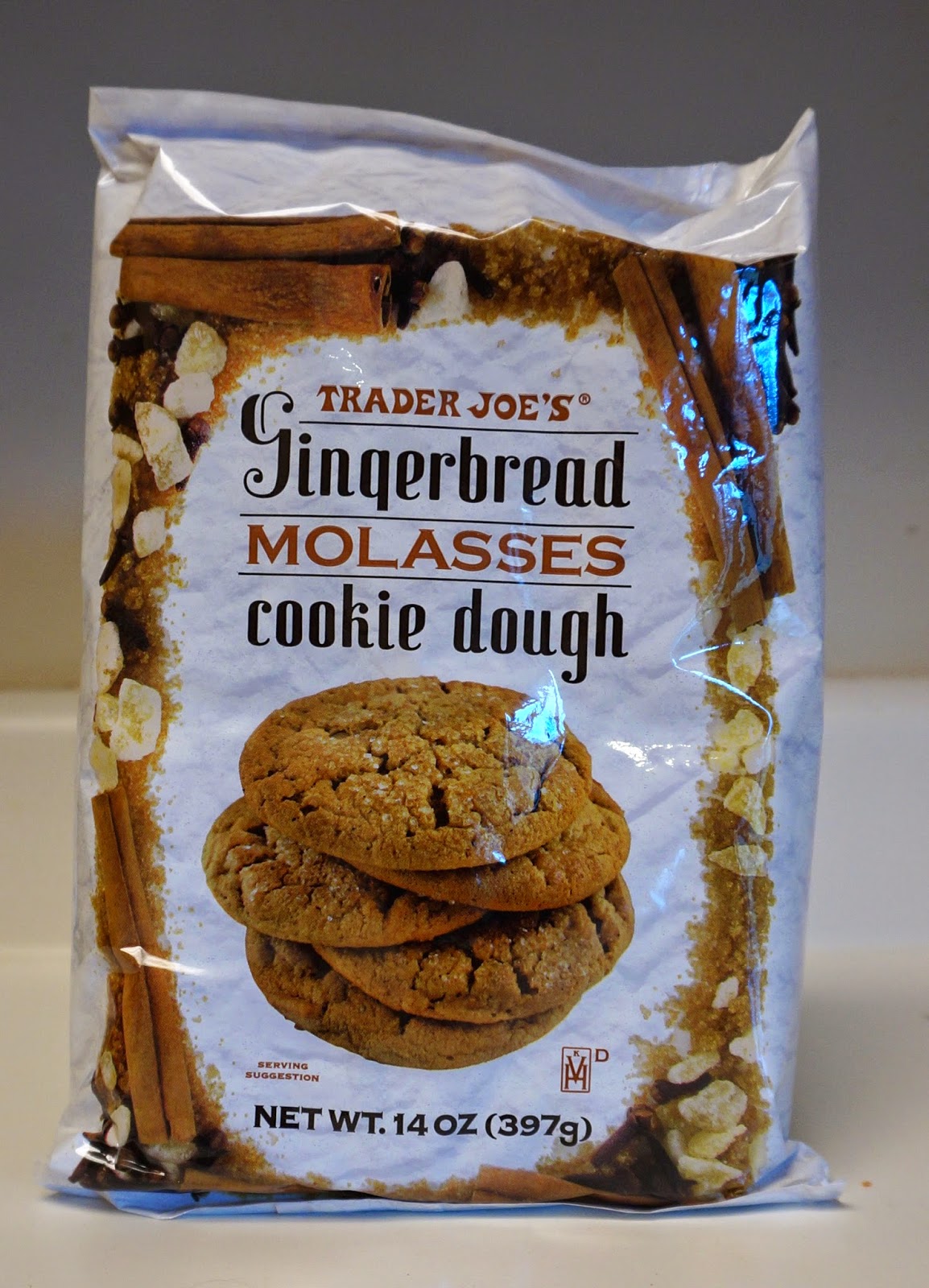 This is a refrigerated cookie dough that you just bake and serve. Unlike most pre-made cookie doughs I have used in the past, this one eliminates the need to spoon out the dough. The dough is shaped into individual round disks (slightly flattened spheres) that you just put onto a cookie sheet. I seem to have a genetic brain defect that prevents me from making uniform cookies when I have to measure it out myself; some end up three times as big as others. This is not only visually disappointing, but results in different amounts of doneness when they bake. This is not ideal.

By contrast, look how perfect these come out: 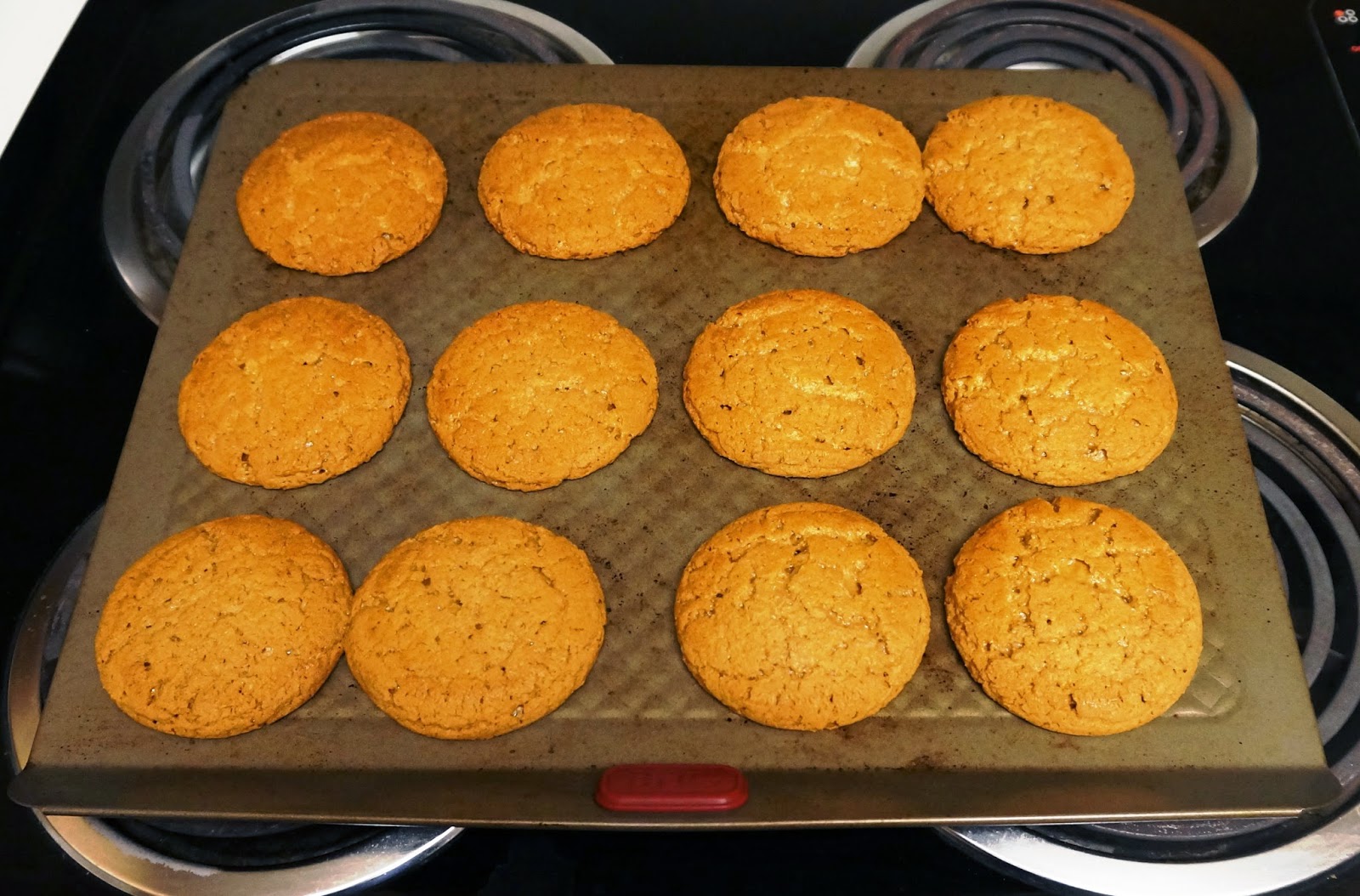 I took this picture a little too quickly after they had come out of the oven, because they only stayed puffed up like this for a few minutes. After cooling, those dome-like tops collapsed down to the classic fissured appearance of gingerbread cookies.

Even better, they're delicious! I ate four of them in about as many minutes, and only stopped there because I wanted to take the rest to a poker game at a friend's house last night. My plan was for there to be enough for everybody to have one. Unfortunately, everyone else had the same idea of sharing treats, and we were overrun with cookies of every variety--far more than we could eat. So only two other people tried these. But both of them had one, and liked it enough to go for a second. When I got the last four home, I inhaled them as my bedtime snack.

The package suggests dipping the dough balls in sugar before baking. I did not try that, and I'm not sure I want to. They're already very sweet. Maybe it's Nina's influence rubbing off on me, but I think I'd like them even better if they had a tad less sugar in them. But that's not a complaint. As is, this is the best pre-made cookie dough I've ever used. As such, it earns a spot on my Top Ten list (which, as I occasionally remind readers, is not limited to ten items, because what fun would that be?). Highly recommended.

Even if you don't think you'd like these, you should buy and bake the dough just for the heavenly smell it generates when it's in the oven.

Minor complaint: The dough should come in a resealable package, so that it's easier to bake just a few at a time, saving the rest for another day.

I plan to hit up TJ's today or tomorrow and buy two or three more packages for the freezer, because I don't want to wait until next December to have more.

These are good. My main objection is that they are a tad one-note, and as Bob has noted that one note is very sweet. But their texture is excellent (soft and a little chewy) and they are appropriately gingerbready. These would be well-accompanied by an unsweetened tea or coffee.