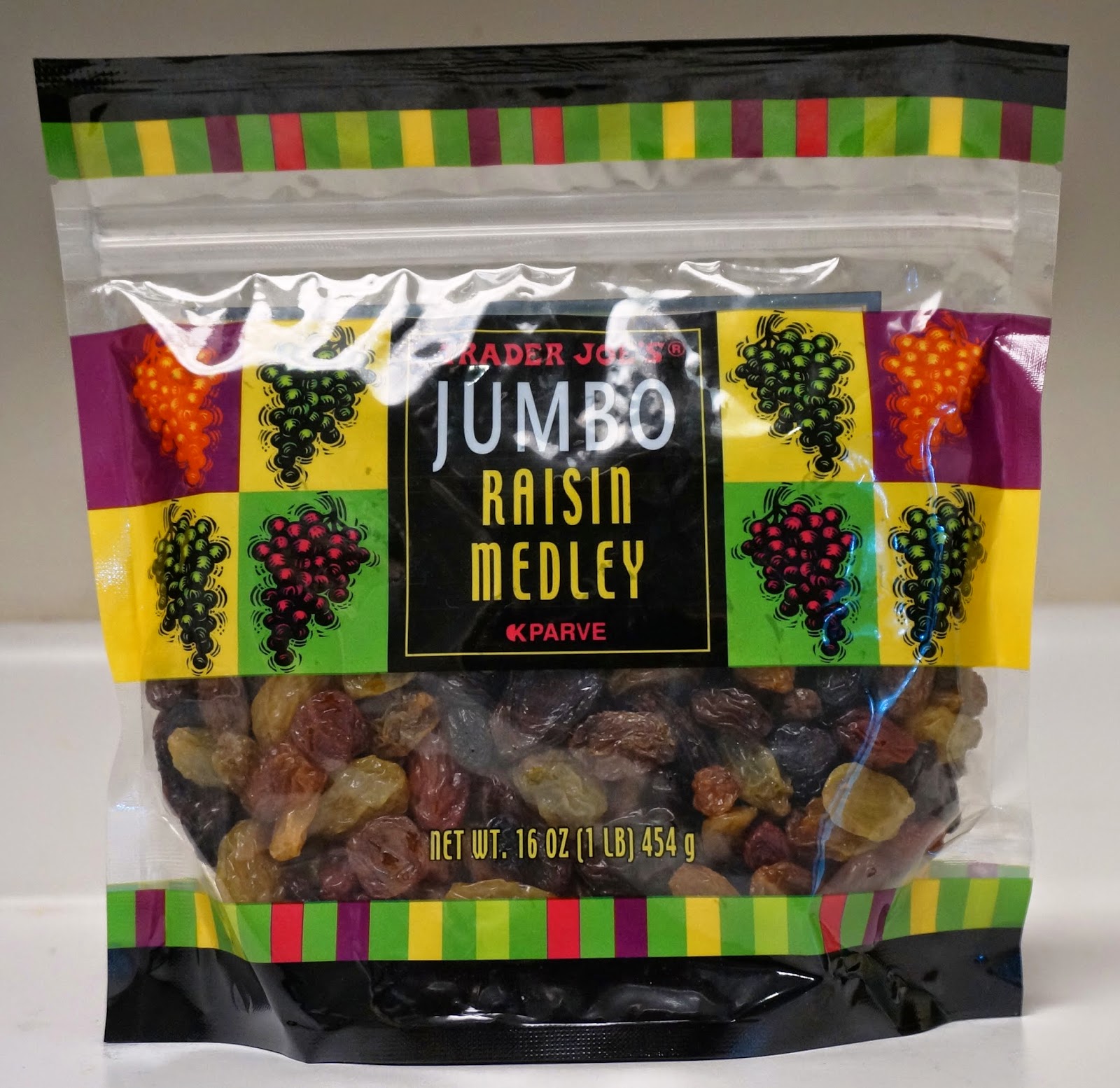 In this picture, the raisins probably don't look unusually big. But they are. You take a couple out of the package the first time, and it's, "Whoa! When did they start injecting raisins with steroids?!"

They are by far the biggest raisins I've ever seen. Bigger than I ever knew existed. Fortunately, they're also the best. They're sweet and plump and soft and tasty.

I saw packages of jumbo black raisins right next to the packages of the medley. I'll probably try those, too, but what I'd really like is a package of just the golden raisins, which have long been my favorite. In the meantime, though, I'll keep eating these. Superlative.

This gets a big, fat, juicy "MEH" from me. I'm not a huge raisin aficionado (or a small raisin aficionado for that matter), so I don't have a whole lot to compare and contrast with. I will say that of the three varieties included, I preferred the dark ones as I thought they had a more complex, winy flavor to them.


But I rarely eat raisins out of hand.  Sometimes they make an appearance in trail mix I eat. I may cook or bake with them from time to time, but I'm never buying them just to munch on.
Posted by Rakewell at 9:00 AM