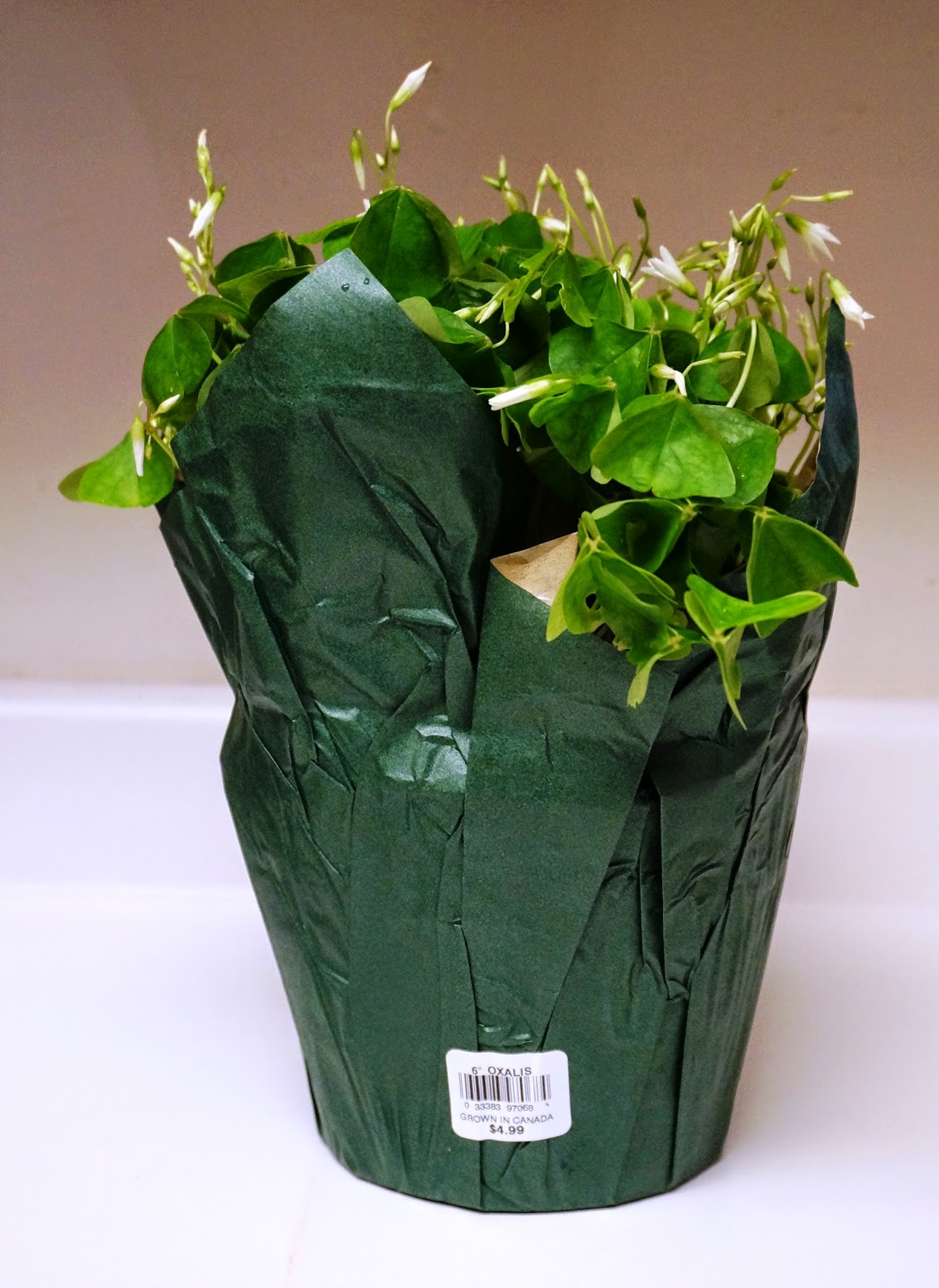 I couldn't title this post "Trader Joe's Shamrock," because this isn't a Trader Joe's branded item. But I did buy it at Trader Joe's, so it's fair game for a post. I put in the scare quotes because Nina disputed whether this plant was really a shamrock, on the grounds that "shamrock" is just another word for "clover." And, it turns out, she's pretty much right about that. What I bought is an oxalis, probably oxalis acetosella--which is sometimes called a shamrock (and commonly given as a gift for St. Patrick's Day), but shouldn't be.

I don't know how to review or evaluate this, except to say that it's kind of pretty. I've never had such a plant before. It was an impulse purchase yesterday. I wonder how long it will last, between my ineptness with plants and my herbivorous cat.

But if nothing else, now you know where you can buy a "shamrock," which is more than you knew two minutes ago, right?

I think once as a novelty will be plenty.
Posted by Rakewell at 10:22 PM