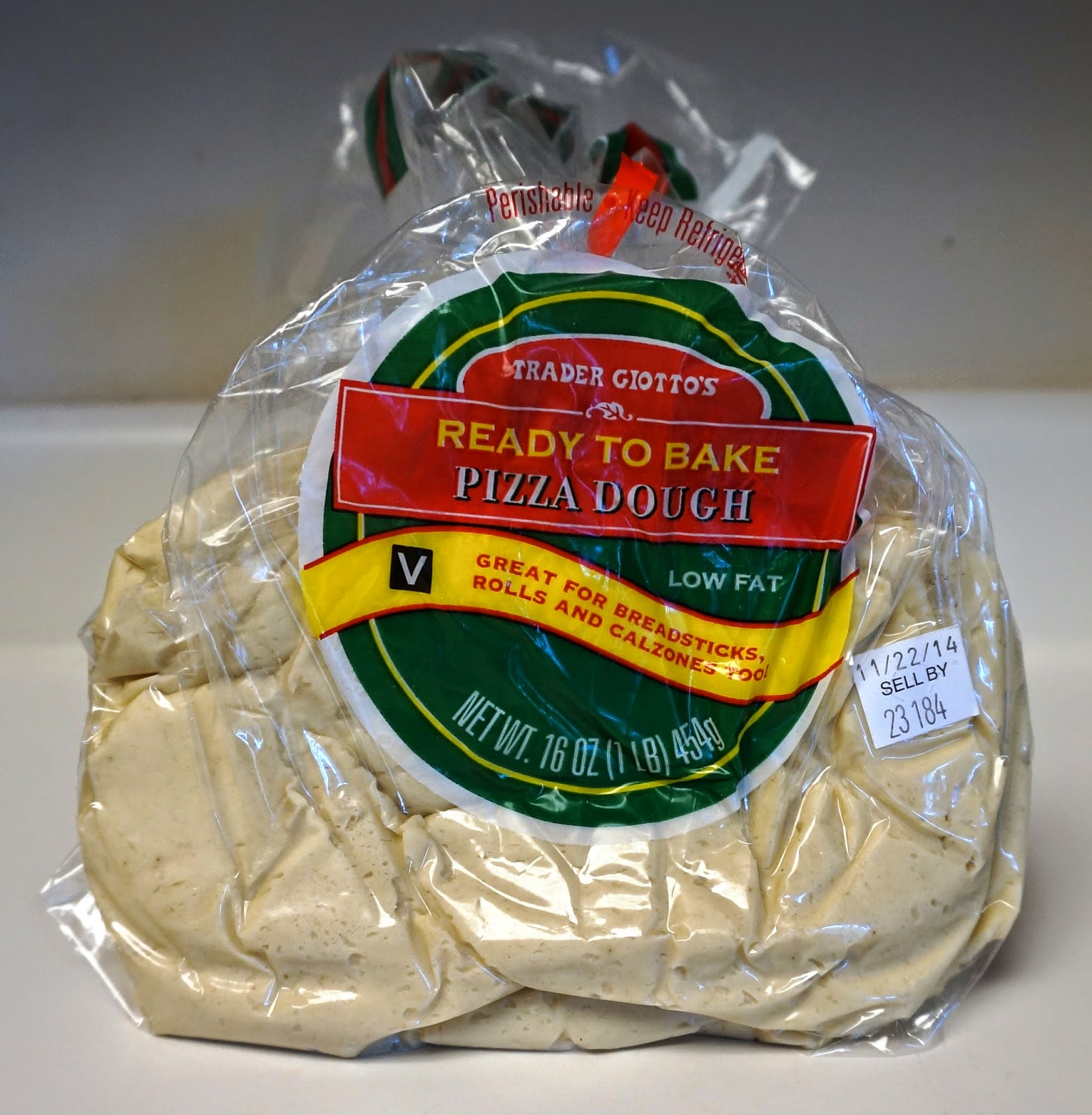 I had recently tried and liked a mildly spicy fake ground beef (not from Trader Joe's). I thought it would be a good addition to a cheese pizza. I had seen the basic components for homemade pizza at TJ's, so I decided to try to make one for a weekly dinner with Nina.

It was a pretty good idea--in theory. In practice, not so much.

I don't have a rolling pin, so despite my best efforts, the crust was terribly uneven in thickness, and only vaguely roundish.

I also don't have a pizza stone or anything else really suitable for the task. I used the only thing I had, which was a large cookie sheet. As Nina pointed out to me, the problem with this is that it's specifically designed not to transmit too much heat to the undersurface of what's on it, which made it take much longer to brown the bottom of the crust than the directions suggest.

Compounding those problems, the instructions on this package of dough call for baking at 350 degrees, which even to my novice cooking sensibilities seemed like a temperature more suited for cookies or reheating casserole than baking a pizza.

The net result was that even after baking for quite a bit longer than the package recommends, I took one bite of the result and realized it was undercooked. It still had a distinct taste of "dough" rather than "crust," and the top bit of it was oozy.

I think this product would probably work fine if (1) you have the proper equipment, and (2) you're willing to experiment to find a combination of time and temperature that works better than TJ's dubious prescription.

Doubtful, unless it's to make a pizza at Nina's house. She has both a rolling pin and a nice pizza stone.

I was quite impressed by the spectacularly UNSUCCESSFUL nature of this product. The failure was definitely not Bob's. But I make my own pizza dough (generally), so I can just whizz on past it at the store.