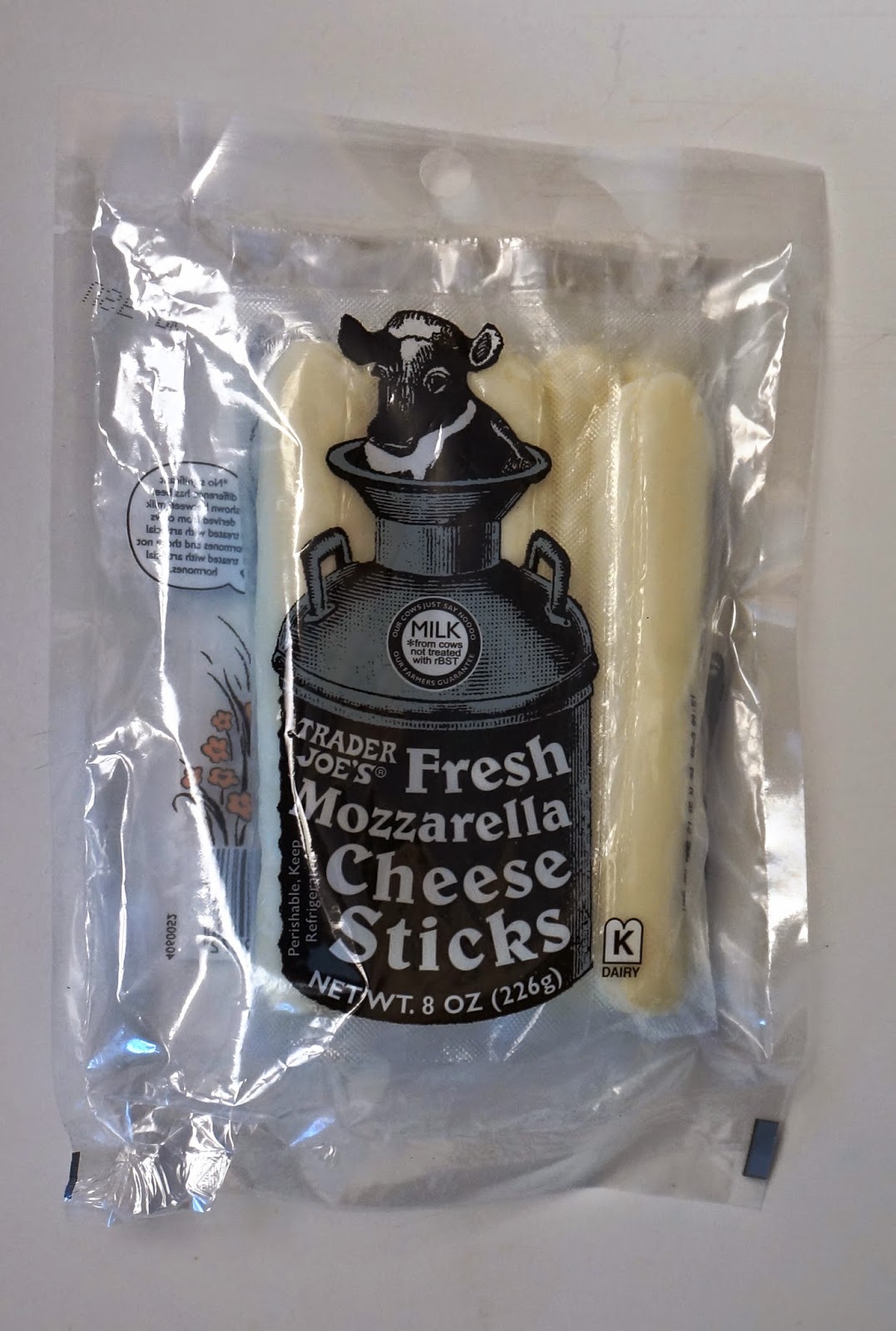 I saw somebody on Twitter say that this was her new favorite snack. The only times I've had mozzarella sticks previously has been the breaded and fried kind you get at restaurants as an appetizer, with pasta sauce to dip them in--and even those I've had only a couple of times, because of the fat content. But I've liked them well enough that I decided to try the TJ's version.

I wish I hadn't. The cheese is rubbery and tasteless--nothing like any cheese I've had before. It left a bitter aftertaste. And despite each stick being individually wrapped, there was so much oil that it dribbled down my hand and onto the table and chair, leaving weird, solid, whitish globules when it dried. These things are awful. Nasty. Repulsive. Easily and instantly a candidate for the worst thing I've ever bought from Trader Joe's.

I have purchased roughly 400 different items from TJ's, and this is going to become only the third one that I have returned for a refund because of it being inedible.

It's so bad, in fact, that it is prompting me finally to do something I should have done long ago: institute an official Bottom Ten list (which, like the Top Ten list, will not be restricted to just ten items). I've gone through old posts and added the following to that list retroactively:

And on Nina's behalf, I have taken the liberty of adding to the Bottom Ten list two items that I have not tried, but that she found to be unforgivably bad:

I tried to think of something wittily nasty here, but I'll just leave it at "no."