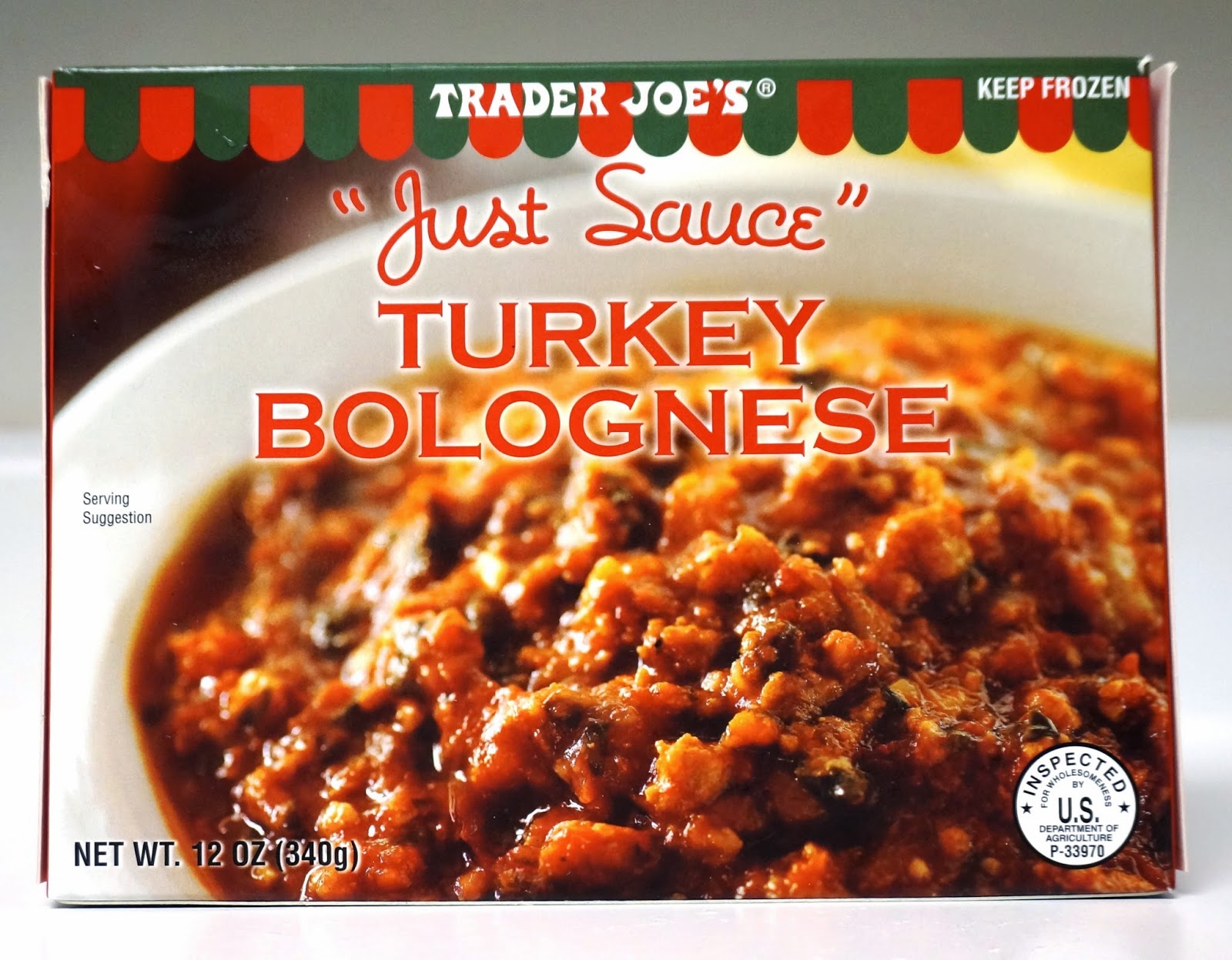 This is frozen pasta sauce, with turkey. Just in case that's not obvious from the package. (To tell you the truth, I wasn't entirely sure what I was buying when I tossed it into my basket.)

There's not much of it. The package says it contains three servings, but that's laughable. I poured it on some leftover quinoa, and ate the whole mess in one sitting. I am not a big guy, do not have an outsized appetite, and did not feel stuffed to the gills after the meal. So three servings? Please.

I'm afraid the Trader Joe's Blandification Committe took a whack at this product before it was released. Maybe two or three whacks, to be absolutely sure they had banished every last bit of flavor from it. It's the most boring, generic pasta sauce I've had in years.

It also commits the sin of misusing the turkey. Adding a protein source to pasta is one of the easiest places I've found to replace meat with a plant-derived substitute and not feel any meaningful loss. As I've said before, I'm not committing myself to vegetarianism, but where I can make such a substitute and not miss the meat, I'm eager to do so, for a variety of health, environmental, and ethical reasons.

The flip side of that is that when I do eat some meat in that context, I want it to have purpose--that is, to be clearly present, flavorful. To be meaty. Here, however, the bits of turkey have been so thoroughly blenderized into the sauce that they are not even identifiable. If you're going to have turkey in your pasta sauce, dammit, have it be in big, flavorful chunks. Let me know it's there. Let me savor it, since I don't do it often. This product is a complete fail on that count.