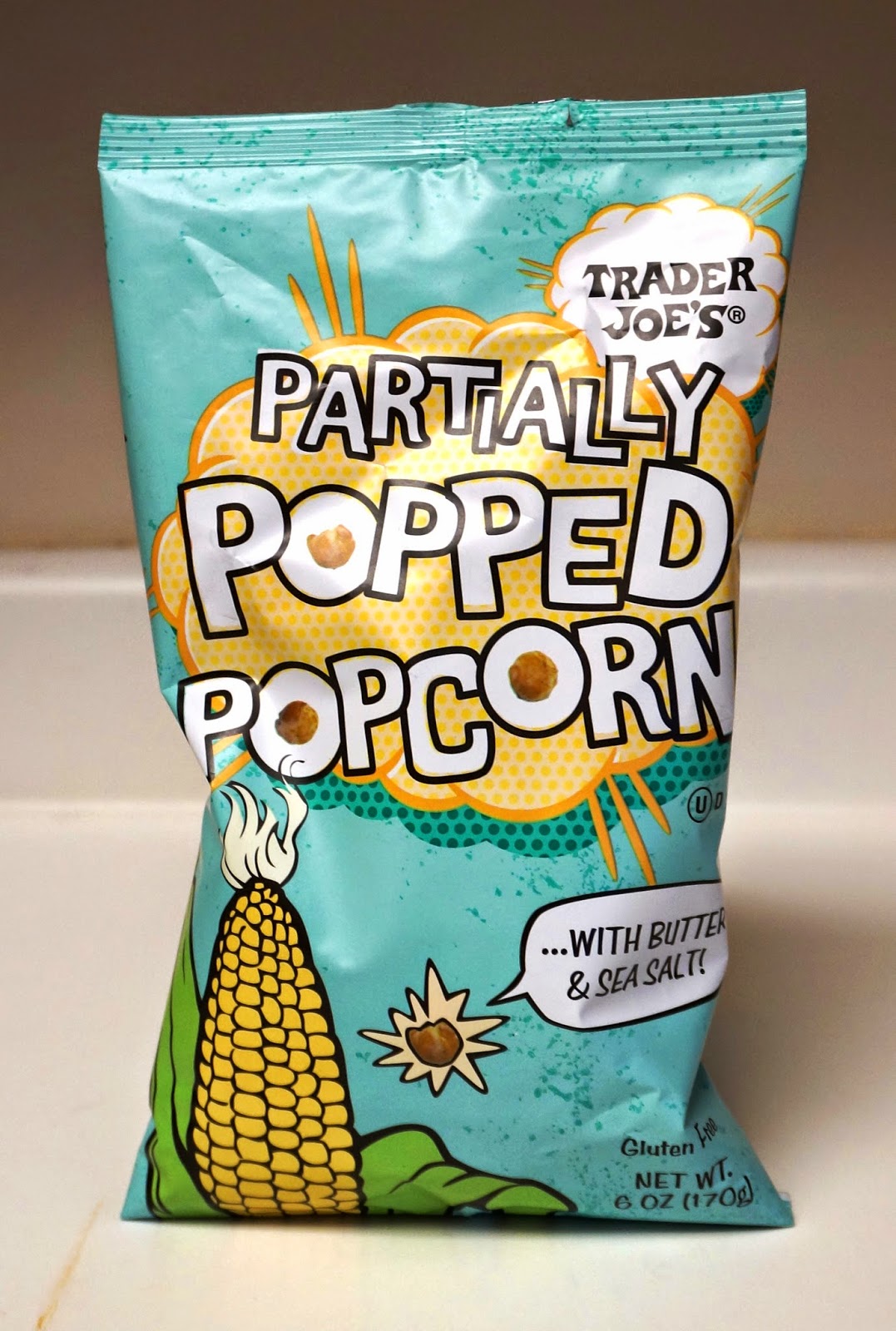 Over the last two weeks or so since this product first hit Trader Joe's shelves, I must have seen a dozen people on Twitter posting under the #TraderJoes hashtag, proclaiming that they are addicted, or that it's the greatest snack food ever. So I had to try it.

Apparently, I'm the only one who doesn't like it. I find them too hard and crunchy. It feels like my teeth are going to break.

I've never liked the partially popped kernels from a batch of popcorn. The idea of packaging a whole bag of them seems perverse.

No. I'm not even going to finish this bag. Fortunately, I have a friend who likes them.

So close. Allllllllllmost. But no.

Here's the thing: I've always been partial to the partially popped popcorn kernels. They are the treat at the bottom of the bag or the pot.

But these don't do it for me.

1) They are not partially-popped enough. They are tougher and harder than they should be.

2) They have a bogus reconstituted "butter" on them, which gradually turns into a sticky yet slimy film on your fingers as you eat. It tastes fake.

3) They taste stale, not hot 'n' fresh, which is how partially popped popcorn should be.

Valiant effort TJ's… but no. Away with you.